For over two decades, winemaker, Brian Schmidt has faithfully served Vineland’s vineyards and cellars with a steady, farsighted view to promoting complete integration, natural synergies and reduced intervention. This holistic approach has resulted in specific tiers of wines that continue to voice a clear expression of time and place. Brian maintains, “It is critical to understand the soil and site where your grapes are grown while developing a defined, yet flexible frame to react to the curve balls that Mother Nature likes to throw.” Brian continues, “I do have an untamed passion for growing all cool climate varieties, but I must admit that I have a particular love for Riesling and Cabernet Franc.” On mentioning his recent award, he smiles broadly, locks eyes and says in a warm voice, “You do know that I have an entire team of creative and dedicated individuals behind me. The award is clearly the result of the efforts of a team of talented people at Vineland, all working towards a common goal. I was the fortunate one to be able to receive the award on their behalf." 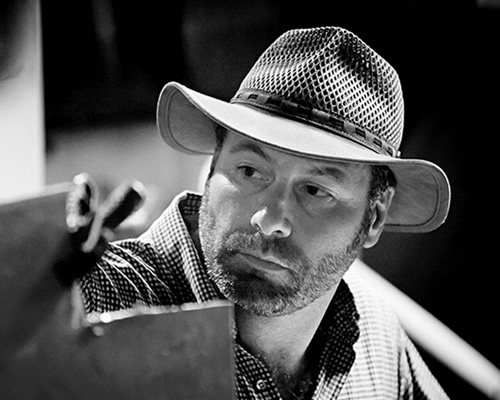 Brian Schmidt was born in Kelowna, British Columbia and was raised on a vineyard that had been in the family for three generations. The Schmidt family was one of the founding families of the Okanagan wine industry and this was the bedrock of Brian’s interest in winemaking.

Brian has experimented, researched and has traveled extensively throughout Europe’s cool climate regions studying winemaking and the specific connections to the land. It is this intensive experience that has resulted in the creation of a winemaking style that has become Vineland Estates Winery’s signature.

Brian is most concerned with how the public receives and embraces Vineland’s wines but the wines have also garnered formal, national and international recognition. One notable achievement was the awarding of the 2003 VinItaly Grand Gold trophy as the highest scoring winery in a field of over three thousand wines. This was the first time this trophy had ever been awarded outside of Europe. Brian humbly accepts the many honours but is quick to get back to the important business of building Vineland Estates’ reputation for wines that delight and engage by expressing the true essence of place.

Please wait while we complete your request.